Are you a shareholder in a public company? Even if you aren’t, you can be sure that your pension fund is.   Investors in a public company need to know whether the company’s financial position is sound and profitable. If they invest in a company that looks healthy but then goes belly-up, they stand to lose their investment.

How do shareholders in a public company gauge the health of that company? Simple: They take a look at the company’s audited accounts, which all public companies, including banks, have to have. Under English and EU law auditors (i.e. accountants qualified as auditors) have to determine whether the accounts of the company that they are auditing are “true and fair”.

Tip of the iceberg

But the problem with IFRS 9 is just the tip of the iceberg.   What can shareholders do if they lose their investment in a failed bank or other public company by trusting accounts which have turned out to be wrong? They can surely sue the auditors who produced those wrong accounts? No, they can’t. Not in Britain anyway, although there is no problem about doing so, for example, in the United States. In fact, in 2012, shareholders in the giant Hewlett-Packard (HP) computer company sued not only HP’s directors – but also HP’s auditors, the big accounting firms KPMG and Deloittes.

So, why can’t UK investors do the same? Answer: Because the whole major area of the law concerned, the Tort of Negligence, is in total disarray. The leading case on this is the 1990 House of Lords decision in Caparo v. Dickman.  Caparo Industries plc was a shareholder in a company called Fidelity plc, which Caparo was interested in taking over.   When Caparo did gain control of Fidelity it found that Fidelity’s financial health was worse than appeared to be the case according to Fidelity’s audited accounts. Caparo therefore sued Touche Ross, the accountants who had prepared Fidelity’s audited accounts. Caparo lost at first instance in the High Court, then won by a 2:1 majority in the Court of Appeal and finally lost before a unanimous House of Lords. This yo-yo pattern is all too common in English court cases, which does not bode well for the development of a stable and principled legal system.

The logic of the House of Lords decision in Caparo v. Dickman is less than impressive. The conclusion was that auditors owe a duty of care only to shareholders as a body, i.e. the company itself, but not to individual shareholders.   This makes little sense in a situation where the auditors are in cahoots with fraudulent directors who control the company.

In what circumstances does a duty of care arise? The Caparo test for the existence of a duty of care throughout the whole of the Tort of Negligence is threefold: (i) proximity, (ii) foreseeability and (iii) whether it is “fair, just and reasonable” to impose a duty of care – hardly an objective test! And, as if accountants were not already sufficiently protected, since 2008 auditors have been able to limit their liability (by means of Limited Liability Agreements) even against the companies whose accounts they audit. 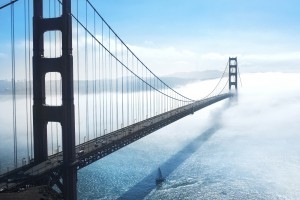 Some 40 economists have come out in favour of Jeremy Corbyn in a letter to The Observer on 23 August 2015.  The letter is surprisingly short — and gives no justification for its bald assertions.

Here are a few extracts:

Not  a single example is given to back up these bald assertions.

And then, after all this, we read at the very end of the letter: “We the undersigned are not all supporters of Jeremy Corbyn.”